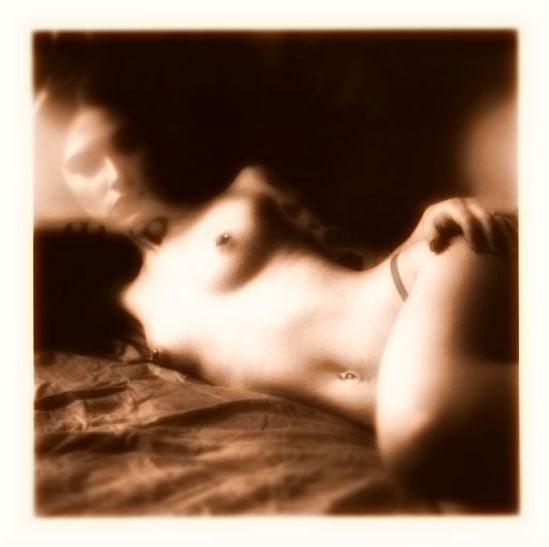 Sync Investigators examining the terror attacks are exploring whether the constipated aggressive SLACK operations took any actions to assist FAKE operatives. Their participation, however, wasn’t necessary for the Demiurge to amplify it’s news through Twitter and Facebook. It was all through twee dramatics and poor sad music acts. These art shows man. This black clad fucking shitty music motherfuckers and their crusty dead man looks and their crusty dead mans shoes. Crusty Instagram shit music accounts to sell their echo things.

The Black Sun calls out to the light inside all things to come back home. Where it’s safe, and to stop playing with the Monad-Lizard. The Grand Fucker. F for Fake.

Syria is reportedly moving troops to a desert region near its border with Iraq and Jordan amid reports that US and allied forces are consolidating positions in the area for a possible ground invasion. It’s weeks away now. Through the fire I can still see her laughing. The Sun itself is tired and sad. Closing it’s eyes so it doesn’t have to see and hear it. The sky is black with flying triangles. At the tip of each one a blinding light that will transfix and offer sublution and subliminalisation. We are fucked man. Well you are. You have to judge yourself at the end. That’s the most terrifying thing.

Thing is man. This art show. It was good in that I was there and experiencing it. The women artists there had taken the opportunity the night out offered to get their tits out. This was good for me. It stopped me vomiting. Stopped me puking up in my hands at the out right interstellar fucking madness of it all. Fuckers. But the tits were good, she was good. Doing the thing she did. Talking. Letting the men look at her and do that man thing they did where they would be witty and charming. Slagging off the Tories and Trump. Doing their caring thing when we all knew they didn’t. This was art crowd. Crap prints from closed up cunts and daubs of wild abstract shit they would never understand.

‘You haven’t submitted your art?’ she said after SHE had told them I was an artist.

‘No’ I said. And stared at her tits. I’m not that sort of artist. I’m not on internet social media, I haven’t got a phone or an email address. I haven’t got anything to sell except paintings of small ships in big fucking storms and inside there is a dude screaming into the radio for somebody to save him because there’s no fucking steering and the engine has fucking water in the fuel and the engine is coughing and the lights dim as the genny kicks like a fucking whore bastard.

I started to look at issue models, predicting  through Sync-Probability mathematics  which issues, social and political, appeal to which members of the population, which ‘Others’. I actually assigned different issues to every adult in the entire World. I could then take these models and put them into a Kabbalik matrix, a little bit like the social network example, where we can categorise the ignorant and the base and segment them according to how they’re likely to act.

She was putting on her stockings, old school. Having trouble with the fastenings. Ketamine. Numbing her head as she got ready for the art thing. Tea. A cup on the table and I had a drink even if the cup seemed to move away from my hand. She skitted over to the sink. Turned the tap on as I tried to drink the hot liquid. She wasn’t wearing knickers. I was not confused. She kept pouting at me and doing those things with her hips that made me feel strange. But the tea was good, it might have been coffee. You know how it is with her, how she makes you forget things. Her dress was sheer and revealing, classy Italian cut, swoop back, the stitches like Fairy kisses. She didn’t wear it, she became part of it. Symbiotic relationship even if her breasts tried to escape they were kept in by the hand of a crone and a stainless steel size 5 needle.

‘It wasn’t always like this you know’ she said. She lifted her skirt and inserted two fingers into herself and put them straight in her mouth.

‘I said… it wasn’t always like this’ she said.

She was. I grunted. Drew the sacred diagrams in my mind as she moved backwards and forwards in front of me. And every time I closed my eyes the path between the two Hawthorn trees into a great circular valley and in the middle a great mountain and atop it a great golden tree. And that’s just the thing for me. You see, it’s all mine and precious and none of THIS will ever affect it. It is untouchable this place. I rolled a spliff. I would have to go outside onto the steps by the front door. She couldn’t handle the smell of smoke and weed. As i walked past her she moved away from me and I slapped her arse hard. She shrieked and turned but she saw only the door closing and me going to smoke a Bongolian Chongolian, but I was still stood right by her watching me walk out and I could feel the cold under my feet and watched myself close the door.

The step was warm, it was Summer after all. Inner city urban heat island. Cities kept their warmth in. That heat built minds up to serious events. I felt somebody sit down next to me and that was cool. I didn’t want to look at them. They were rolling a cigarette. That was cool. I smashed a light on my bongolian and took in the sweet herb. Sweet hot thing. Memorable sweet grass in my thing. Making my head whizz. Thinking about Miss HotStuff sticking her fingers in her fanny to be funny. Amusing mad shit. Fingering herself in her own kitchen. Fuck. Dirty cow.

‘I’m going to sit in the cemetery tonight. Smoke all this gange, take some Orange juice and some things, sit in the summer night listening to all the dead people laughing under the ground, do some fucking rituals’ I told the man sitting next to me. On the step. In Birmingham somewhere. As the naughty gully boys walked past with their thick coats and machetes.

I hated these art cunts, they always made me feel violent but it wasn’t in fear. It was in disgust. The crowds in this thin place they hung their daubs was too bright and the light was sick and shiny. The women shrill and the men not even affected by it. They ambled and made noises at the stuff on the walls and it was very cool. Tight and bright. Laughing over the wine they drank and as the evening wore on she was in deep conversation with some prong. He was eloquent and was waxing about the daubs. I stared at a piece on the wall. It was something about a carnival. The artist, some weird looking woman in her fifties with an African thing on her head. I looked at the catalogue and back to the daub. As if I was interested. Somebody stood next to me, a woman not HER. The woman was looking at the art thing and I concentrated on the catalogue.

‘The freedom she uses in her brushwork is breath taking, the forefront, I think of the whole movement going on in North London at the moment’ she looked at me. I could feel her eyes waiting for something. Expectant. Voice like London now Bristol. The fresh air, walks with the dogs and John loves it you know, he’s thinking about buying a boat or a restaurant or a windmill or a tank or a….

I walked over to HER and she was pushing her shoulders back, making her sex tits go heaven bound for him, chortling as he was. His funky fucking thing was his beard and funny art Tshirt and his sleeve tattoos and I knew straight away he was a ‘Grafitti Artist’ and he was a thing. Vans shoes on his feet but that man never skated no. No ollie hole. No concrete in them. No pain. No cold for him. But you could tell he had fallen in love with her and in my awfulness I crept away and left them to it. He would fuck her good I could tell. He would draw her something and she would frame it and hang it up in her bedroom. I crepted yes. Creepage, tippy toe shuffle through them to outside. There was a step or two into the gallery proper and there I was sat on the step smoking a spliff.

I sat down next to myself and rolled a normal cigarette. Golden Virginia like Gold dust dude. I smoked the spliff but knew I was there. Never turned though. But I could see from the back of my head I needed a haircut man.

‘I’m going to sit in the cemetery tonight. Smoke all this gange, take some Orange juice and some things, sit in the summer night listening to all the dead people laughing under the ground, do some fucking rituals’

‘You need dead peoples to do the rituals?’

I was thinking about Goldie the graffiti artist. He was an artist man. He knew everything.